Their possible handshake in New York didn’t work out. But Barack Obama and Iranian president Hassan Rouhani made up for it today with a phone call that amounted to the first direct contact between an American president and an Iranian leader since 1979.

President Obama confirmed the call during an appearance in the White House press briefing room today. Soon after, a senior administration official explained that Rouhani—who had declined Obama’s invitation to shake hands at the United Nations this week—had invited the call. “We learned earlier today from the Iranians that President Rouhani wanted to speak with President Obama on the phone before he left New York,” a senior administration official said this afternoon.

The call was only a symbolic step, but still a very important development in the showdown between Washington and Tehran over Iran’s nuclear program. Here are three reasons why:

1. Iran’s hard-liners must have allowed it. It’s not entirely clear why Rouhani, after weeks of sending warm signals and even saying he was open to meeting Obama, declined to do so Monday at the U.N. The White House implied that Iranian domestic politics wouldn’t allow it—perhaps evidenced by an Iranian newspaper’s disgust that “the clean hand of our president would for moments be in the bloody clench.” Hard liners quashed a near-meeting between Bill Clinton and the reformist Iranian President Mohammad Khatami at the U.N. in 2000, and it looked as though the same might have happened here. But if that was the case, Rouhani managed to win himself some more diplomatic leeway. That bodes well for the prospect that he can offer substantive concessions in any negotiations over Iran’s nuclear program. It will be impossible for Rouhani to clinch a deal without the approval of Iran’s conservative political factions.

2. Rouhani did the smart—and maybe cynical—thing. Rouhani’s goal is an end to the U.N.-imposed economic sanctions slowly strangling Iran’s economy. One way he can achieve that is by halting or limiting his country’s nuclear program. Even if he’s just playing games and is not actually willing to do that, however, he might still divide the pro-sanctions coalition—say, by peeling off Russia or China—in hopes of getting the penalties eased without making big concessions. This is what the Israelis, among others, fear he’s up to. His prospects of achieving that depend on appearing open-minded, willing to talk, and the victim of unfair American pressure. By declining to meet with Obama, Rouhani had fanned the suspicions that his outreach is little more than a PR campaign with no substance behind it. Today’s phone call makes it look more serious, making it either a triumph of diplomacy—or a cleverly cynical ruse.

3. Diplomacy just got easier for Obama. Obama, too, faces domestic political pressure—namely the charge that he’s being hoodwinked by a Rouhani charm offensive designed to buy more time for the nuclear program. When Rouhani declined to meet, those charges seemed more credible. But Rouhani’s invitation to chat today—along with a meeting between Secretary of State John Kerry and Iran’s foreign minister in New York yesterday—gives Obama something to show impatient members of Congress and allies in Israel who are insisting that any diplomatic solution has to come quickly.

Washington and Tehran are still a long way from a deal. The centrifuges spin away. And it remains unclear what Hasan Rouhani’s true intentions are. But today’s phone call suggests we’re closer to the beginning of this story than the end.

a Artikel Terkait Three Takeaways From the Obama-Rouhani Phone Call 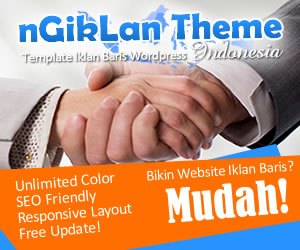